To spot these allusive aurora fairies is on every seasoned travellers’ list. And when you finally spot it , and you watch the sky light up with these enigmatic hues, you cannot help but marvel at the magnificence of it all.

Whilst most visible in the winter months, it needs a few elements in place to help with the spotting. The best places in the world are usually closer to the Arctic Circle, including Alaska, Canada, Iceland, Greenland, Norway, Sweden and Finland. Longer night hours, a clear sky, the moon cycle and an app to help map these conditions should get you on a steady footing to spot the Northern Lights. Here in this note, we list down some wonderful places to spot these lights. Countries, stays, experiences, all included. Let the wanderlust , begin:

Located in the heart of the Aurora zone in the Norweigian Arctic Tromso is One of the top favorite spots for a Northern lights viewing. On a good day you can spot the lights in the town itself. But to maximise your chances, head out of the town limits, book yourself a cosy and warm Lvvu and watch the lights come. Along with the stay experience, you can also go husky sledding, or snowmobiling or snowshoeing, depending on what you choose. If you visit in January, you can partake in the Northern lights festival which brings together live music, outdoor activities. 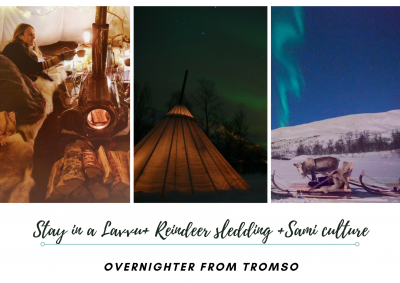 One of best places to view the northern lights on the planet is the mountaintop Aurora Sky Station, in Abisko, Swedish Lapland. With its clear skies and mountainous landscape, Abisko National Park provides a very good opportunity to see the Northern Lights. The park is located far away from any city lights which might interfere with your view. To get there, head to Abisko National Park and ride a 20-minute chairlift to the viewing tower. There, you can have a guided night tour with a Swedish fika (coffee and a pastry) or indulge in a four-course meal. 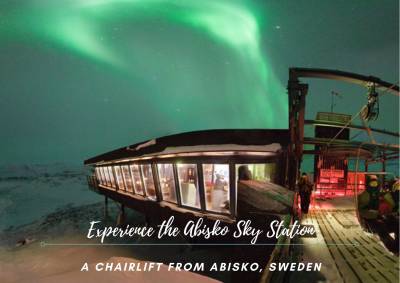 This unique stay also featured in our blog, is home to 6 treehouses, each of a different type. A bird’s nest, a UFO, A wooden cabin, a mirrored cube, a blue cone. Yes it gets stranger every time. Now they have the 7th room (that is also the name), which offers panoramic views to make for the perfect viewing.

Sometimes all it takes is to set sail from the Old Harbour from Reykjavik and in 15-20 you will be out at the open sea, away from the lights of the city.  A cruise that lasts 2-3 hours it helps you spot the lights out in the ocean, with a guide regaling you with the traditional tales of the northern lights from various cultures of the north. A coffee and warm soup is served on the boat, to make it a wholesome experience, a set of overalls are provided for all, to help you stay out in the deck longer, on cold cold nights.

The glass igloos are a frequent sight for those of us who have been peering through the internet for Northern lights inspirations. Surrounded by snow , the warm cost capsules make for a perfect home under the night sky, to prep for a night of Aurora spotting. We had some travellers visit there a couple of years back. It is as beautiful as it looks. You can take a flight to Ivalo airport and then take a shuttle bus/ cab to get here. Else you can take the Santa Claus express train from Helsinki to reach Rovaneimi, the home of Santa, spend a few days and then take a bus to Saariselka.

Also read our blog on 8 amazing unique stays in Sweden

Home of polar bears, this remote archipelago offers some of the best viewing spots to catch the northern lights. Situated halfway between mainland Norway and the North Pole, they says it’s the only place where you can spot the Northern Lights during the day. During the long polar nights. LongyearBen is a good base, you don’t need to go too far to spot the lights here.

Icehotel in Jukkasavi is literally one of the coolest places on earth. Since Icehotel 365 opened its gates and made it possible to visit Icehotel all year round, you can even catch the first northern lights of the year during dark, clear autumn evenings. The hotel has a few different tours available for seeing the Northern Lights such as a safari and photography tour. It’s a truly fascinating place to stay while you wait for the Northern Lights to appear.

Kiruna is the northernmost town in the province of Swedish Lapland close to the borderns of Norway and Finland. It is home to the Esrange Space Center, which is a major center for studying the Aurora Borealis. It also boasts the country’s highest mountain, Kebnekaise.

The city offers a number of different tours for seeing the natural phenomenon such as snowmobile tours and husky tours. One can also go on foot to Camp Ripan. Here they have set up customized street lights with angled screens to make it easier to view the northern lights dancing in the sky!

The four star rustic-chic Hotel Rangaa located 5 kms from Hella, has built quite a reputation to be one of the best hotels to spot the lights.

Located in the countryside, it is far away from atmospheric lights, and also offers door bell alarms when the lights come on display, so the guests don’t miss it, incase they have turned in for the night. The hotel also offers a telescope which is great to spot distant stars and constellations on clear nights.